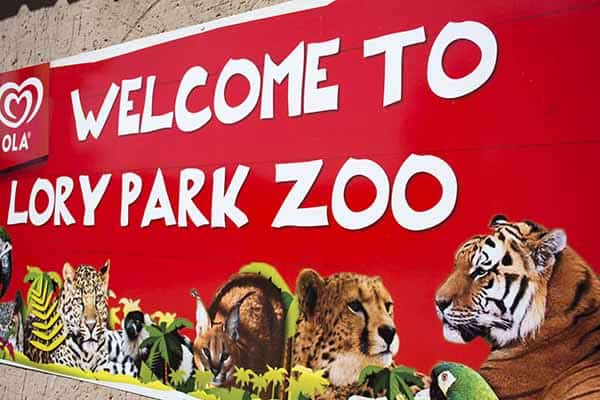 Did you know about the Zoo in Midrand? – The Lory Park Zoo and Animal Sanctuary

The Lory Park Zoo is nicely tucked away in the suburb of President Park, Midrand. The zoo was opened 16 ago, in the year 2000 as a bird park by the founder, Edward Philippus Van Eck.

His aim was to build a bird park, which would have the largest collection of parrots in the southern hemisphere of the African continent. Later on, due to the fast development of corporate areas and the growth in human presence in Midrand, more and more injured animals were brought to the park looking for shelter. This is when the bird park eventually evolved into a bird and animal sanctuary. The park gave the opportunity to these otherwise dying animals to have a full life in a controlled environment.

Growing from bird sanctuary to a mini Zoo

Since then, the park has expanded and obtained several species. Their new additions to birds include monkeys, reptiles fishes and quite a few big cats as well, such as jaguars, panthers, lions and even tigers. Their dedicated reptile centre has been officially opened to the public in 2015. The reptile centre harbours a variety of tortoises, a couple of large reptiles and even some fishes. The sanctuary has become home for such a variety of animals and birds in the past few years, that it certainly earned the title of a mini Zoo.

Fun at the Lory Park Zoo

The Zoo is an exceptional venue for kids parties, functions and school programmes as well. A variety of entertainment is available for smaller and larger groups as well:

Although the park expands a bit every year and more and more injured animals find temporary or permanent home here, their mission remains the same. That is to restore injured animal’s health and if possible re-introduce them to their natural environment.

Find more things to do near Midrand.

BBT Lodge Blog was created with the intent of sharing some of our recipes, for travel inspiration, travel ideas and stories about our guest house in Midrand.